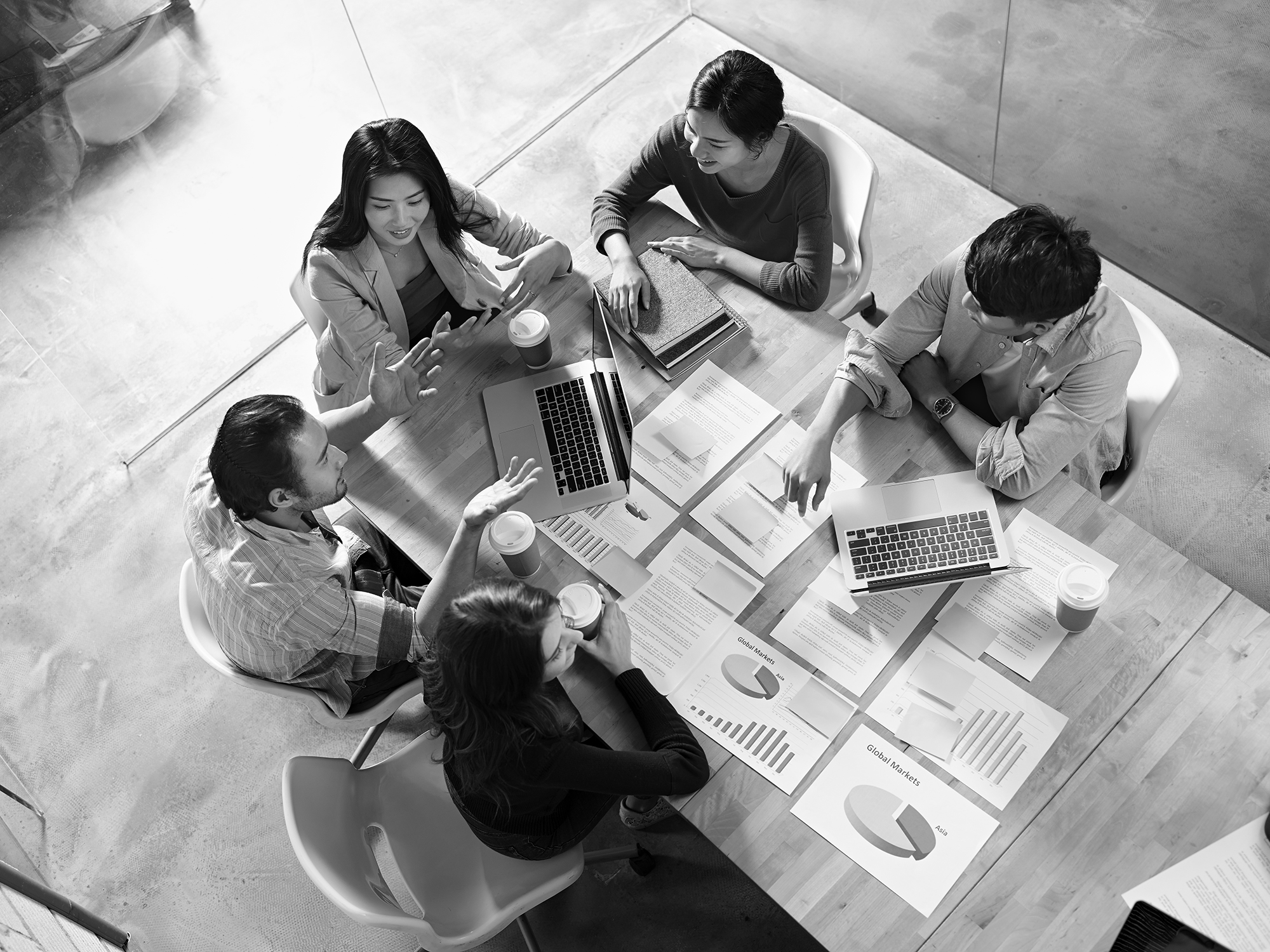 How to foster positive workplace culture

Having a culture that engages, motivates and encourages all employees is an important objective for most workplaces. From morning teas, team lunches, walks around the local neighbourhood, regular team building events and exercises or simply putting in place social contracts and non-negotiables, there are a myriad of ways to go about building a team that works cohesively together to deliver great results.

IPAA Queensland asked some senior leaders about their practices – the strategies they have put in place to build positive workplace cultures. Check them out below!

Rachel Hunter – Acting Director-General, Department of the Premier and Cabinet

We spent quite a long time talking about strategy and positioning for the department (State Development), because it is a new department. It is about 12 months old now. So the vision statement for Queensland of having a thriving and inclusive Queensland that came from having consultation with staff, so I think that an organisational culture that is absolutely founded on collaborative discourse, genuine consultation, harnessing the contribution of as many people within the organisation as you can, that sort of inclusion builds then a sense of ownership and purpose and direction of an organisation.

I think the other important piece is that if you look at leadership and you espouse a model of leadership which is about purpose, collaboration, mutual respect, rewarding the efforts of individuals and teams who contribute to organisational purpose and helping people where their performance may be falling short of expectations, but doing that in a positive, supportive and affirming way. That way you model values that underpin what we would all aspire to shape in terms of an organisation we would want to work in. So leaders have to act the way they say they are going to act. Leaders need to be consistent with the values in the organisation and we must have a way to call out behaviour that is inconsistent, and we have to be able to recognise each other’s efforts in a culture and environment of mutual respect. All of that for me contributes to a positive culture where people feel affirmed and valued. Outcomes talk to the consequence of that culture.

In a previous role, I was responsible for establishing the Department of Education, Training and the Arts. So that was again taking the DoE, the portfolio of the Arts and integrating that with the Department of Training (which included TAFE), and all the other associated training functions – so they were completely different cultures. The training culture was very much a ‘ask forgiveness instead of permission’, DoE and the Arts has a strong duty of care, so bringing those two entities together and having a conversation about what was the business logic and form, where do we coexist, where do we collaborate and where do we understand and preserve our differences because it was important. Again, it all starts with a conversation. People ultimately find the best solutions to some of those cultural dilemmas when they have an opportunity to work through them together.

I believe that when given the chance, people make really reasonable decisions and so involving people in shaping strategy and structure and shaping preferred culture and taking them through processes that enable them to contribute to critical decisions being made in the early stage is my personal view that it’s the best way.

We have a number of distinct cultures in the department. We have the transport culture, the Main Roads culture, the Marine Safety Queensland culture, RoadTek and Translink. But – we have one element of our culture that says we are ‘One TMR’.

I think it’s about being open to new ideas. We have restructured the whole building here – you have green plants, light everywhere, no one has an enclosed office. The doors are open, and you can walk in. That’s been important here. Bigger windows and that sense of openness has been important.

We have also drawn heavily on international experiences – so a lot of what we have done we have imported from other parts of the world. We have looked outside of local government and outside of the public sector – we do a scrum every morning which we have lifted from the technology sector. We had the privilege of going through the Amazon induction which was an incredible experience and we drew from a lot of their agile processes and practices. It is exercises like this that has allowed us to become faster at innovation. It isn’t a 12 month or 2-year process, it is a three-month process now.

I think we have been open to other influences particularly in the technology sector which has been great.

Rather than giving a laundry list of initiatives, I would rather talk about the philosophy of an organisation that to me has been able to position itself in a couple of ways. I believe that this department is extraordinarily collaborative and a positive part of Government.

If there are needs, for example, at the moment right across Government, we have a redress scheme for the fallout from the Royal Commission of Institutional Child Abuse. So, we need to create a new service in Government to deliver the Redress program. And the way that the Government now needs to work, which I really support, is to reconfigure what you do, not expand – to find new ways to do it. And we are always a very willing supporter of that culturally. We don’t have Managers who whinge about people going to the Commonwealth Games secondment or joining into the redress program. We have a very strong collaboration around that.

We have other mechanisms like the Staff Alliance. It is a voluntary, staff-driven initiative where people chip in from their pay to support their colleagues who might need some help and there have been some amazing stuff come out of that. When you have 3000 staff, there are sad things that can come up, and while it may not cover the grief or the pain, or the suffering, there is solace for people to know that their colleagues (even ones they don’t know) are there to help. It is staff driven, there is board of eight staff, there are no rules, so the eight people decide what is a worthy cause. There is no bureaucracy – and no one has ever complained. Some of the stories are kept private, and some of them are shared.

There is also a very strong commitment around some of the drivers of this particular Government; say diversity and inclusion. We are working hard on some of those things and we start from a really low base. In some areas we are better than others, and there are some that we can really participate more. I am happy and proud around the Aboriginal and Torres Strait Islander Strategy that we have here, again developed by our Murri staff; but then of course I would, because I worked in the Department of Aboriginal and Torres Strait Islander Partnerships and I loved it

We had the same secretary with us for 7 years, which is a long time. With a new secretary, it’s been good to see again how another senior person has been looking to drive culture and what they see as what they want the culture to be.

Regular communication from the top, and accessible language to everyone. Being really clear about what is important to them. Being crystal clear from day one what they expect from us as leaders.

From my department we have around 35,000 staff, around 180 senior executives and that is without other middle managers – and it was made really clear as to what she expected from all of us as leaders. She set expectations about what are unacceptable behaviours and wanting to have everyone focus on genuine commitment to collaboration, collegiate behaviour, respect. Genuine commitment to diversity of the workforce was important, with positive workplace culture and diversity in every way you can imagine it. Making sure that in every way possible we link the role of the individuals to the purpose and priorities of the department so that people can feel a sense of connection, identity and see where they fit. Being genuine in recognising and rewarding contributions and performance and it doesn’t have to be in a formal way, just being appreciative as well as through other means of recognising.

Making sure people feel empowered to take their own development forward by offering a range of opportunities and making it clear that we want people to step up to the plate. How you help people to take the lead even if they aren’t in a leadership role.

We have a very strong to commitment to fundraising for national and local charities. We have a strong connection to community not just by what we are doing, and not just because we are geographically dispersed, but we are raising significant funds for charities every year. It is coming from our staff generating that activity and fundraising

There are so many. I think the critical part is that we ensure that all leaders in our organisations are role models. That they understand better than anyone the need for those positive relationships within the public service. So not just our workforce, but the broader workforce across the public service.

Relationships will overcome any problem that we have with policy, even legislation at times. Where people are absolutely committed to doing the right thing. The activities that are best are ones that prepare people for that. Having leaders who really do lead and show the way and provide advice, guidelines and parameters and make sure that is marketed heavily both internally and externally of the public sector.

The answers given by the senior leaders above are revealing –

But remember, creating positive workplace cultures is everyone’s business. What ideas will you bring and what actions are you taking to build a cohesive and productive team.

Our mission is simple. We promote and enhance the professionalism, capability and integrity of public administration and pride in service.

Becoming a member of IPAA Queensland demonstrates your personal commitment and contribution to public purpose work and offers you exclusive development and networking opportunities. To read more articles like this, check out our blog, and to watch the Irene Longman Oration in full, join today and access the full back catalogue of IPAA Queensland events.