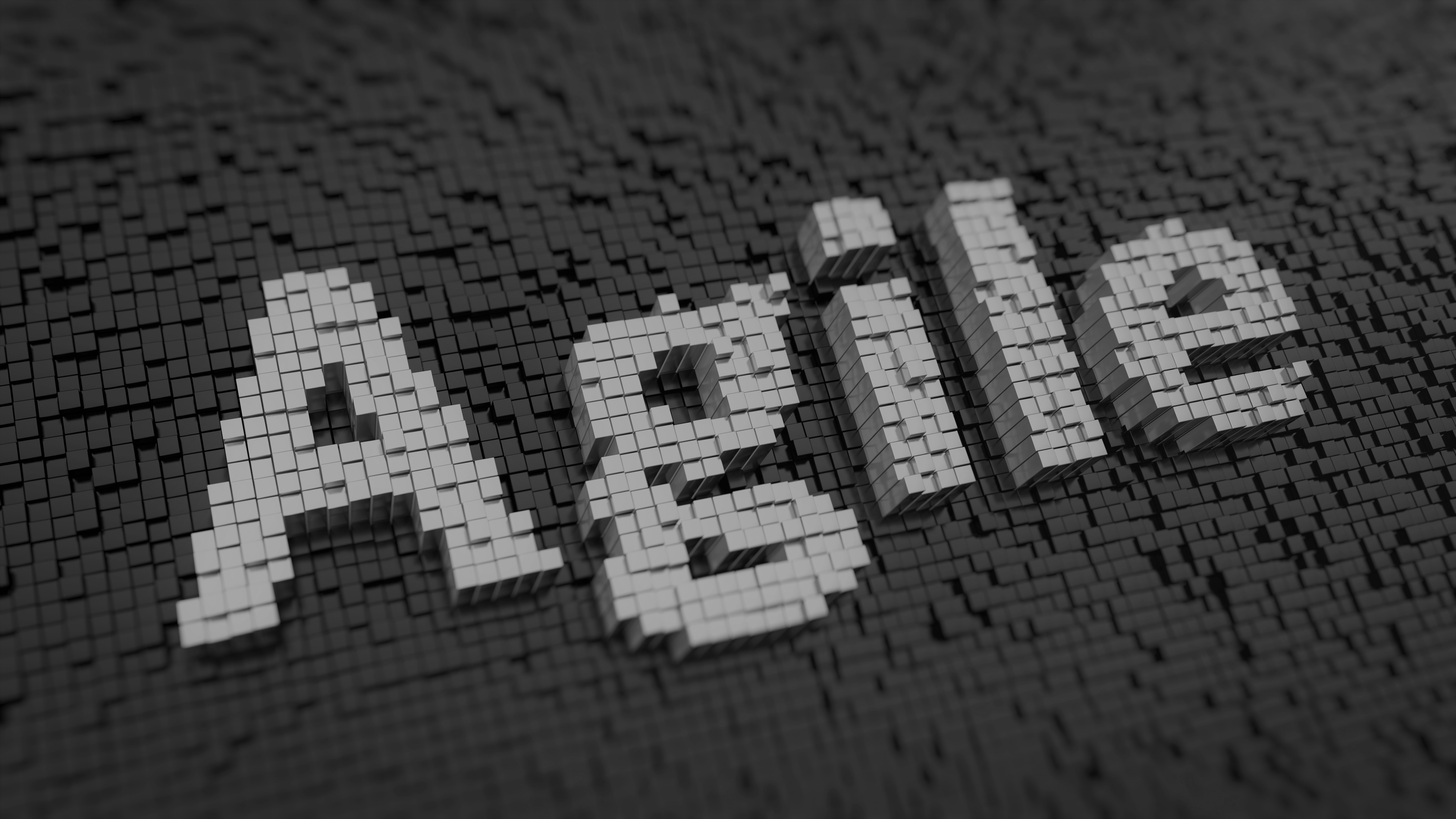 The successful implementation of SAFe® (Scaled Agile Framework) at the Department of Human Services Business Transformation Branch (BTB) achieved some great outcomes for customers making claims, and the staff who manage and process them. But SAFe® also has potential to deliver some impressive organisational benefits as illustrated by the BTB’s experiences.

At any given time, every executive or stakeholder is across, involved and kept up to date as to the status of the team’s workload.

SAFe® also provides great transparency as work is being prioritised and allocated. Each feature is placed through an intense discovery process where risks, issues and outcomes are developed, and at every stage of the SAFe® process, can be seen by stakeholders so that they are kept informed as to where the feature’s status development is, and to provide important input and feedback where required.

As Daniel from the branch confirmed “There is also a cultural element in there with staff – who need to be open and willing to say ‘This isn’t working’. To focus on continuous improvement and iterating. To say ‘What we think as a team, and what our analysis says, is that this isn’t worth pursuing for now.’ There is a cultural element as well as a framework that allows that to happen which is really important – as this allows for greater transparency.”

Ultimately, at every given stage of a feature’s development, everyone knows what everyone is working on, why, and how they are going. This transparency leads to open communication and frank sharing of ideas and concerns. It enables staff empowerment and effective stakeholder engagement.

Through conducting workshops at the beginning of each 12 week cycle, every employee from the business is across what features and improvements are being worked on and why, and play an important role in advocating for particular features with executives.

As Chief Scrum Master, Michael, states “You will see some of the ceremonies and events that we follow through with here to ensure that positive collaboration happens. There are a few pre-determined points in each day where we connect teams with teams and we work through items as a complete team. We all work towards a common goal. If someone has something that is urgent now rather than tomorrow, we will help them first and use those touch points to sort it out.”

There is a strong and positive intention to support every team, in every sprint. Everyone shares accountability for features to be launched and converted to ‘business as usual’ – and through engaging everyone at the beginning of the 12-week cycle prioritisation process all the way through development, and then deployment, every stakeholder is engaged and informed.

Through the complete implementation of the SAFe® framework, there is genuine rigour in place to ensure that improvements prioritised are delivered and sprints are completed on time.

As Daniel from the department confirmed “Everything we do is worked to in the context of a 12-week cycle or increment. Whether an increment is going well or poorly, it is timeboxed. We know that we have a 12-week opportunity to deliver value. It provides a natural point of review, where you plan.”

This was confirmed by Susan (another member of the department) “It is part of the reason why we have adopted this way of working. We have a 7-year program of work that is being broken up into smaller pieces – so it gives us an opportunity to pivot or course correct if something isn’t working. Traditional projects like waterfall projects, you just don’t get that opportunity.

“Furthermore, during the prioritisation process, there is a number of meetings that are conducted with all the key team members in the room who take a vote on what features are developed first.

“As a result of the discovery process that was completed, we then effectively pitch all our features, what we understand them to be, and what value they will provide. We then go through a voting process, where each of the senior executives will get to vote on each feature with a deck of cards they are given. They will weigh each component of each feature. The business value, the time criticality (how crucial it is for this feature to be completed quickly), the opportunity enablement, the risk reduction. There are descriptions of what each of these mean so that the senior executive team know how they are voting. Out of those, we run the sums on the votes each feature has been given based on the components weighed.

“We work that out with a complexity rating and that comes up with our weightiest short job first. That is a prioritisation tool for us. Out of all of the work we have done and all the voting, how important everyone thinks it is, what should we start with – this process creates that clarity.

“When senior executive first vote, there are generally some features that will automatically have consensus. However, there will be outliers. So, there may be someone who votes a feature really low, and another will vote that feature really high. Those two people will then need to have a conversation. Why is this of such high value to you, and why is it such low value to others. Through that process you start to tease out and learn more and get different perspectives. Ultimately, everyone needs to agree to the value of the feature.

“This is probably my favourite part of the whole process. Getting everyone there, having a discussion. Most of it is usually because there are different perspectives that you hadn’t considered. There is unlikely to be a proper disagreement, but you usually get to the consensus.”

This is not the end of the process. Once all is said and done, the team review the workload and ask the important question of ‘Does this make sense?’ – the teams take the time to review the work and ensure that the features being developed will contribute the most value to the organisation and indeed, the customers.

Through these levels of rigour and engagement, once the team has delivered their features for development, everyone is on the same page and work can commence efficiently.

Within the branch, there are a number of teams responsible for delivering the prioritised features – and each team holds their own sets of social contracts and non-negotiables.

There are practices and rituals which require stand ups, talking about what the team members are working on and what blockers they have. Social contracts are another part of the process. The teams talk about how they are going to integrate, how they interact and how they are going to work as a team.

Teams are also constantly focused on cross-skilling to further develop their skills and contribute more to the broader team.

As Kristy from the team states “Within each team, each player has their discipline. However, because they spend time with other people in their team, they become multi-disciplinary – they are skilled in more than one area – and we call this ‘t-skills’.

“They are expanding their skills and knowledge into other areas. Developers will often go to user engagement sessions, so they are there talking to staff or customers, whichever their feature might impact, something they may not have had exposure to previously, so they are getting a real sense of the customer and user experience. So, when they are going away, designing and building and testing, they have a clearer picture of what they are trying to deliver.”

Between the social contracts and the t-skill development leads the business to the ultimate end goal and strategy. Keeping the teams consistent so that you can throw anything at them, and they will function well. There is the adage in the department that if you change one member of a team, it is a new team.

Through implementing SAFe® effectively, the department has built strong, impactful teams founded on shared respect and non-negotiable behaviours, and all the while multi-skilling themselves to contribute greater value over time. And perhaps most important to team performance, each team member knows and can visibly see their contribution to the big picture and ultimate goal.

As a result of the stakeholder engagement through the entire development process, the rigorous prioritisation and justification process, the continuous communication across and within teams, the risk of a feature being developed without senior approval or efficient deployment is extremely low.

There are members within the team who oversee the feature development and change management process and ensure that all appropriate documentation regarding the feature is collated, updated and stored, and also communicated to the broader team when the time comes for the feature to be transitioned to ‘business as usual’.

As mentioned by the team about the process, “A traditional project will have a change management plan, as well as a number of other plans as part of its implementation. Ultimately, you can have all the plans under the sun, but it doesn’t mean that you will end up delivering effective change management. When I look at this, we are interacting far more with the process, but through existing mechanisms that we already have in train and in the way we operate.”

Finally, as Susan from the team confirms “After all this hard work, it simply ends with me sending an email to my National Manager asking if they accept and I haven’t had one come back saying that they won’t, which is testament to the process and collaboration.”