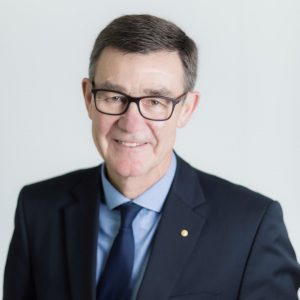 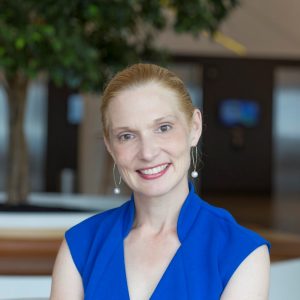 Sir Angus served 40+ years in the military, including as Chief of the Australian Defence Force (2005-2011) and Chief of Air Force (2001-2005). Since retiring from the military, he has held numerous leadership positions. In 2012, he served as Head of the Expert Panel on Asylum Seekers. In 2014, he led Australia’s responses to two Malaysia Airlines disasters, as the Prime Minister’s Special Envoy leading Australia’s efforts to help recover, identify and repatriate Australians killed in the Flight MH17 disaster and as Head of the Joint Agency Coordination Centre formed to oversee the efforts to locate Flight MH370 in the weeks following its disappearance.

The conversation explored Sir Angus’ lived experiences of leadership and the insights he’s gained. He shared examples from his time as a military leader and in subsequent leadership roles.

If you have ever embarked on a major project in your organisation where you will change the organisation and/or the culture, you must have a vision that you can articulate quickly … like an elevator pitch.

But if you’re doing something operational like we were doing with MH17, a vision is not really going to be very helpful … what is, is how are we going to deal with this set of issues … so leaders need to basically articulate their intent, which can change as circumstances change … and a plan is usually the outcome even though it might be a very quick plan if it’s responding to rapidly changing circumstances.

Establish and maintain the right culture

It’s always important in a culture to talk about ‘we’ rather than ‘I’.

A good culture is characterized by inclusion, respect, trust, and integrity. I’ve always had an emphasis on teamwork and collaboration, courage both physical and moral, and professionalism … it’s always important in a culture to talk about ‘we’ rather than ‘I’.

Lead by example and empower others

Leadership works best if it’s done at all levels

Leaders should exemplify the values of the organization. I believe passionately that a leader must work tirelessly for the welfare of all of the people that they are entrusted with and if you empower those people they’ll follow you to the ends of the earth. It’s all about building good relationships with subordinates, relationships of trust and openness.

Leadership works best if it’s done at all levels … indeed it’s the leader’s duty to get those subordinate leaders activated so that they are entrusted and empowered to do the job.

The best leaders are good listeners.

Wherever you can, if you’re delivering difficult or sensitive messages, it’s always best to do it face to face and the smaller the group the better. Sometimes there’s no option but to address a large group … but wherever you can you should be speaking from the heart and never under underestimate listening.

The best leaders are good listeners. Listening is the way you feel the pulse of an organization, by listening to the people. I’ve seen some pretty good transmitters in my life but I haven’t always seen those transmitters be good listeners. You need both, you need to be able to talk but you need to be able to listen and the listening is incredibly important.

My experience of the National Security Committee of Cabinet applying if you like that continuum, that’s exactly how it worked. It started off as a constructive reserved sort of relationship but the further I went in my time in the committee, the more trust I built and the more influence I built over time.

More insights from the conversation –

On leading leaders and the purple seven

Sir Angus spoke about his experience as Chief of the ADF. The leadership team – which included the Chiefs of Army, Air Force and Navy, the Chief of Operations, the Chief of Capability and the Vice Chief of the ADF – did not always pull in the same direction. When Sir Angus was appointed for a second term, he made it his business to make sure that they were all joined up.

I convened a summit at a place just outside Canberra and for the best part of two days we thrashed out how we were going to work together. I was as open and frank as I could be … I started by saying it’s absolutely imperative that we work together as one team. How are we going to do that?

I’ve never ever seen anything positive come out of adversarial relationships.

We ended up agreeing that we would work as one team … we would be collegiate and collaborative and that we would work to have a very trusting relationship across the seven of us which became known as the purple seven; purple because we weren’t pushing the line of the Air Force or the Navy or the Army, we were going to work uh for the greater good of the joined up Australian Defence Force.

We essentially agreed that we would put our egos in the in the drawer and once a decision was made, everybody would live with that decision and there would be no public disagreement with the decision.

Sir Angus also spoke about working with the Secretary of the Department of Defense, a critical relationship, and the importance of working in a constructive way. He noted that of the 100,000 defence employees, about 80,000 (those in uniform) worked for him while the 20,000 public servants’ prime responsibility was to the Secretary.

We worked very well together … everybody could see that we had a very close relationship and that we trusted each other … had we had any sort of adversarial relationship that would have been reflected all the way down through the organization as indeed it was when I first went into the department many many moons ago.

I’ve never ever seen anything positive come out of adversarial relationships and where you’re striving to work to a common purpose, it’s absolutely imperative that you put a lot of emphasis on your relationships so that they’re constructive and they build trust over time and then eventually they will become highly influential.

On leading a new team in a crisis, a new playing field

Sir Angus described how in 2014 he was in the US meeting friends when he received a phone call from Prime Minister Tony Abbott. MH17 had been shot down over the Ukraine and the PM asked Sir Angus to get to the Ukraine as soon as he could to look after our interests in the Ukraine and to lead the efforts on the ground there. The next morning, he was on a plane across the Atlantic. There was no framework for the response, no contingency plan and of course, no Australian embassy in the Ukraine. The only communications Sir Angus had with him were his mobile phone my iPad. He hadn’t had a briefing as was normal but did have a contact, Australia’s Ambassador in Poland who was accredited to the Ukraine and was also now there and able to provide a brief on the situation (which included a war zone in the east of the country).

I found out what I was expected to do by a press release from the Prime Minister … the job was to get onto the crash site and recover the remains of the Australian victims and also to find a way of identifying the remains and then repatriating them back to Australia … and the other requirement was investigating how this happened … to do that there was a requirement for a criminal investigation and the requirement a standard aviation investigation … so all of these things were on the table.

The team Sir Angus had in the Ukraine was quite small, about 10 to 15 … so I gathered everybody in the room and said ‘okay this is our job and this is how we’re going to work … I empowered them to do the various things that had to be done … it wasn’t in any way micromanagement, it was more a case of empowerment. These people went out and did the things they had to do make contact with the various authorities in the host nation.

Sir Angus also worked with the OSCE, the Organization Security Co-operation in Europe which was able to get them onto the airplane crash site (and following some negotiations with the Ukraine separatists).

I applied my principles of leadership which have always served me well. I ran it with a very light hand on the tiller … it was all about entrusting people, empowering people to get on with the job and every day people knew what the intent was for going forward … so we kept connected all the time and of course we had to connect back to Canberra.

and on speaking truth to power

The Prime Minister was keen to deploy a military force into the Ukraine. MH17 had been shot down 30 kilometers from the Russian border on the other side of the border was a large military force (as is the case now).

I thought a military force that would be highly provocative. My view and the view of the people who were with me was that the best option was to go for a police-led operation rather than a military operation. I got a phone call a morning or two later, it was the prime minister … I walked around in circles with my iPhone and had about a 40-minute chat with him.

We talked it through and I said, ‘Prime Minister, I don’t think that’s a good idea, I think what you need is a police-led force’. We talked through that … compared the two options … He took my advice.

To keep informed about upcoming IPAA events, check out the What’s On page and subscribe to our newsletter.