A NEW CHOICE – CLIMATE FOR GROWTH

If climate change impacts were distinct from the health and economic crises caused by the global COVID-19 pandemic, that would be easier for Australia. But, both crises and their solutions are linked – this means Australia has a new choice to make. Deloitte Access Economics, 2020

At our second webinar in the Future of Government Series on 18 March, a distinguished panel of influential leaders engaged in a compelling and thought provoking discussion on climate change – Claire Atkinson (Deloitte), Georgine Roodenrys (Department of Environment and Science) and Susan Harris Rimmer (Griffith University – moderated by Dr Pradeep Philip (Deloitte Access Economics).

The discussion opened with a short economic update from Pradeep to set the scene for the discussion. 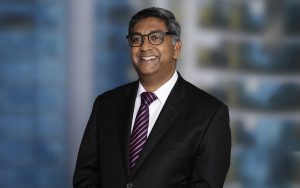 Just 12 months ago, the pandemic became real for all of us, it threw our world upside down. It was in March of 2020 that Australia went into lockdown and who could have imagined back then the year we would have lived through. The predictions were dire.

The IMF forecast that the global economy would fall by 3% in 2020, which compares to a fall of .1% in 2009 at the height of the global financial crisis! This shows us the magnitude of the challenge and problem we faced.  The reality of the pandemic was harsh.

Globally things have been grim while the reality for Australia is that we ended 2020 better than anyone could have imagined.

Even though the economy is 1.1% smaller than pre-Covid, the bounce back has been remarkable. 9 out of 10 jobs have come back …  Access Economics’ Chris Richardson has dialed up the economic outlook for 2021. In large part, it’s predicated on successful rollout of the vaccine, a real game changer in the outlook.

While trends and challenges remain, Pradeep called attention to the disruptive forces of technology, climate change and inequality –

All the things we saw and played out before Covid have accelerated through 2020. And what is the defining characteristic of this? It’s that these disruptions are ubiquitous and cross economic and social domains; every sector, every aspect of life are all being disrupted at the same time. So while the economy is bouncing back, this is dynamic into which we are playing – a dynamic of change and uncertainty.

One of the big challenges we are seeing affecting the economy in our society is climate change. And if you think this is on the ‘never never’, just think back to the headline two days ago about the European Union now giving the green light to the development of a carbon border tax adjustment mechanism. This will significantly affect the exports of small open economies such as Australia’s. And Queensland’s.

Some excerpts from the discussion are presented below.

As lead author on Deloitte’s recent though leadership piece on climate, A new choice – Climate for growth, Claire spoke to the economics of climate change.

It’s no secret that economics is both the cause to a lot of the inability to mitigate climate change.

Within that same view, we think it’s also part of the solution.

Within the framework that we all adopted – analyze and discuss any type of climate mitigation action – we felt was missing a trick. We were coming at it from a view where if the world continued on emitting as it would today, that there would almost be no cost to it and therefore transitioning or adopting any kind of lower emissions pathway would actually impose a cost to our economic potential.

We thought that was not quite right. What we wanted to do is actually understand a world where if you continue to emit in the unconstrained way, you don’t have unconstrained economic growth. It’s not limitless. What will actually happen to economic growth over the longer term is it will start to decline as it experiences the physical consequences from climate change.

When viewing climate change from this perspective, Claire noted that you can form a more realistic view to the decisions that need to be made in response to a world where climate change is actually occurring. Transitioning to lower emissions pathways, can be viewed as having a benefit because it mitigates climate change at the same time.

But, there’s a fine line between a cost and an investment. It’s become pretty blurry when it comes to low emissions economies and the investments and decisions that actually can be made to facilitate that. What we wanted to do for Australia was quantify that, provide a basis on which damages as the baseline, is a view that scenarios and decision making could begin to be made against.

It’s no secret that Queensland will have a lot to lose from unmitigated climate change. As the global average temperature increases, Queensland experiences some significant losses and we were able to put some figures to that – Queensland losing around 14% of its gross state product by 2070! 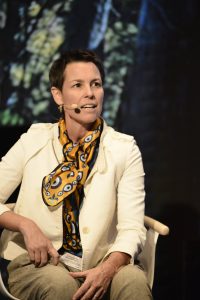 Georgine began by speaking to some of the usual arguments against action on climate change.

How do we afford action? What is the cost of action? Why can’t we better quantify the economic impacts of action? How to confront the comfort with the status quo?

Covid has shown us that we can experience a huge transition and changes to our individual lives. We can  adapt very quickly, modify our behavior and find new ways to achieve … I think that’s been a big cultural shift.

going to cost? – we now have the counter argument to say this is what it’s going to cost us if we don’t take action.

This is a game changer. It allows us to put the other number on the table, the cost of inaction.

Georgine highlighted that the private sector – the finance and insurance industries for example – have all been translating climate change into an economic issue over the past decade.

As we go forward, I think we’ll see government very much translating this into an economic agenda and seeing that the only possible growth pathway is to respond proactively to global decarbonisation plus industrialization. So industry 4.0; we want to be in that corner. 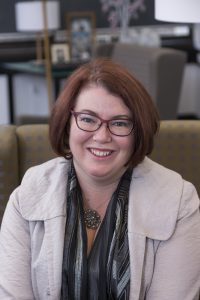 in our current political system and it’s the best way to get the right arguments in front of the right people.

What this report does is quite a sober modeling of potential futures. Good policy has to be future oriented. It has to be underwritten by good data and good evidence. So I see this is making a contribution in that space to say if we’re going to proceed on evidence-based policy now, these are the types of scenarios we should be taking into consideration.

At the beginning of Covid, the (UN) Secretary-General said that Covid has been likened to an x-ray that shows the broken skeleton of our society as it exists now, and it exposes market falsehoods around free health, around labor, around all kinds of issues.

Every one of these statistics and pieces of data (in the Deloitte report) has a social story. Underneath it has a welfare bill, a social policy reform agenda. And if we think about our response to the pandemic, it’s exposed a lot of the existing inequalities that are exacerbated by crisis.

As we get the rolling waves of climate impact as well, and I think it’s been quite hard for people to actually imagine those impacts as it pertains to them where they live, a wonderful thing about this report is it will ground people in “I live in Queensland”. This is what is likely to impact on me in my immediate future, and that’s the kind of grounding conversation based on evidence that is really important to have.

Economics in Australia is highly place based. There is no issue more place based than climate change because it is physically about place. Claire

Speakers explored the impacts of action and inaction on climate change for Queensland, particularly rising temperatures on a highly decentralized state in which regions matter. And recognizing that every region will be impacted and impacted differently, with some having more to lose than others.

A state like Queensland has much more to lose than southern states.

It’s clear that doing nothing is a choice for Queensland, but whether Queensland likes it or not, it’s not immune to the global impacts of unmitigated climate change.

For example, the impacts to the workforce from things like heat, stress and human health impacts over time are profound and so our regions where we have large elements of our workforce working outside in construction across infrastructure and the service sector will be profoundly disrupted – Claire

How is the government typically thinking about climate change and place?

While Queensland regions are being impacted by the disruptions to industries of decarbonization, automation and digitization, it’s important to consider the strengths of those regions and how they can succeed in the future and be resilient to those impacts.

The Queensland Government is investing a lot of work in this space. Take the Queensland Reconstruction Authority. They’ve been conducting amazing regional resilience work, working directly with communities, sort of in a place-based perspective, and really thinking hard about these issues.

We then leave those communities to self-determine where they believe their strengths lie and what type of future they would like to pursue, the strengths that they have. The outcomes of that program have been quite profound.

Communities across Queensland are striving forth into new economy, not blinking in the face of new and emerging opportunities, balancing their traditional economic base and being pragmatic about what it means for them. The challenges they appear to face go into the social space, the social and integrated infrastructure that is required to make those communities healthy, economically resilient and therefore resilient to the amount of change that’s coming through. Every regional community will have a different permutation of those requirements.

And so we need to be listening hard to those communities. They are well placed to talk about their strengths. They’ve done a lot of thinking about how they’re going to succeed. And really they need government, state government in particular, to come in and to either facilitate aspects of that journey or simply support aspects of that journey, but with that regional community firmly in the lead.

If Queensland can get that right, it has just such an exciting story to tell it, you know. And I and I think it will be enormously successful in this economic transition that is well underway – Georgine.