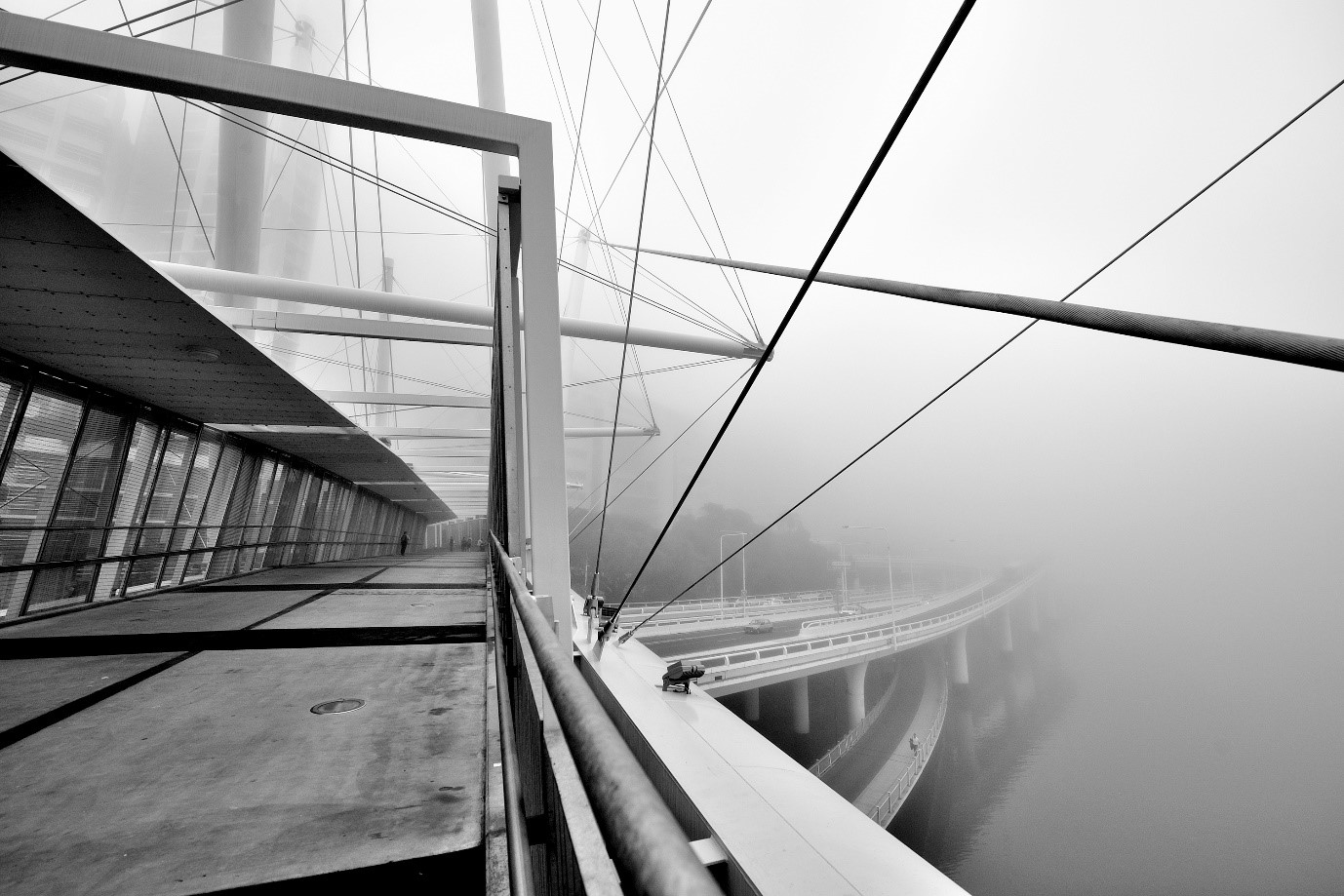 Dr Angus Hervey, from Future Crunch, shared a number of insights and positive news to contribute to our daily ‘Information Diet’ at IPAA Queensland’s 2019 Chief Executives and Young Professionals Breakfast. IPAA Queensland is delighted to share with you a sample of his wisdom around the three areas where humanity tends to innovate and move forward; and that when all three are combined – make for magic in human progress.

The way we communicate

For example, in the first industrial revolution we invented a new technology, the telegraph, and that allowed us to send messages instantaneously across vast distances.

The next major upheaval came with the invention of the television, the telephone and the radio, and that ushered in the age of mass media.

Where we get our energy from

The British figured out how to harness the power of coal and that eventually led to electricity and mass electrification.

Around the same time, we discovered vast pools of black dinosaur juice, oil, underneath the ground and that made energy more efficient and easier to transport. It also powered cars, which gave us the production line and became the engine rooms of the 20th century economy. Cars rearranged our cities and eventually they transformed the face of the entire planet.

How we move around

When we put those steam engines onto rails, it opened up entire continents to commerce and to trade.

The problem with these discoveries…

The problem though is that this industrial model isn’t working anymore. It’s become unfair, it’s become unsustainable and it’s destroying our planet. So, what do we do? Well once again to get the answer I had to go to a field that I don’t normally think about, engineering. Specifically, to the mind of one of the great engineers of the 20th century, Buckminster Fuller. He said that if you want to change things, you don’t fight the existing reality, instead you build a new model that makes the existing model obsolete.

And then in 1995…communication changed.

In 1995 there were 16 million people on line, so for me finding “Sweetcheeks13” felt like I had found a beautiful needle in a digital haystack. If you fast forward to today, the year 2019, there are now five and a half billion adults on the planet. Five and a half billion people over the age of fourteen. How many of them have phones? Five billion. Four billion of them have smart phones. This is the most extraordinary technology uptake in human history. Never before have so many of us adopted a tool, the smartphone, so quickly and at such scale. As we all furiously connect, tweet and stream and download, we are creating trillions of terabytes of data. Not only do those dataflows allow for the better movement of goods, services, finance and people, they have value in their own right.

In fact, since 2015, dataflows, 1’s and 0’s, have accounted for more global GDP growth in the world’s entire physical goods trade. Data is the new oil. That is not some Silicon Valley soundbite, that is an economic reality. Unlike oil, an expensive centralised resource, data is a lot easier to move around and a lot easier to get access to. It’s ushered in a new form of digital globalisation, one that’s levelled the playing field for hundreds of countries, for millions of entrepreneurs and for billions of our fellow human beings who’ve never had access before. The reason it’s so disruptive is because (it’s not necessarily the data itself that’s causing the issues), it’s the code that allows us to refine and distribute the data. Once again in the language of economics, we don’t know how to think about this the right way. Because code isn’t really a traditional good, service or product. If I create a piece of code, then I can create as many more as I like. It’s more like an idea because if I share an idea with you, then both of us still have a copy of it. That code goes anywhere at lightspeed. So, it costs me the same to send it to Buenos Aries or Beijing as it does to send it to the Gold Coast. I don’t have to worry about trade wars, I don’t have to worry about tariffs, I don’t have to worry about supply chain management. I’ve just got to hit a button and hit send. And the code updates all the time. So the products are constantly improving, version 2.0, 3.0, 4.0, many of your phones are probably updating right now as I am speaking. What this means is that the code has become embedded in every aspect of what we do today. Technology used to be a back-office function. Then it was a sector, IT, on its own. Now it’s a layer of absolutely everything we do and what’s really interesting is that the code itself is starting to evolve.

And how we source our energy is changing…

How do we power this next economy? That’s the communications, but where do we get the energy? Well we’re not going to be digging black rocks and dinosaur juice out of the ground. We’re going to be getting our energy from the sun, the wind, our tides and our molten core.

What about how we are going to move around….

What are we going to do about our transportation system? Well, a decade ago, this was one of the most popular documentaries on rotation. It told the story of how the big car companies had destroyed the possibility of electric cars for an entire generation. Today in 2019 there are now more than five million electric vehicles on the roads around the world and the number is increasing exponentially. The reason they are increasing exponentially is because electric vehicles are better. They are the Ford model-T to the horse drawn carriage! The reason for that is because they have fewer moving parts and that means you get better torque and they don’t wear down and they don’t run out.

In Norway, more than 50% of cars now sold are electric. In 2018, vehicle sales of petrol-powered and diesel-powered cars came down in the United States, in Europe and in China. Those are the three largest car markets in the world. The end of the combustion vehicle is now in sight. The electric vehicle revolution isn’t coming, it’s arrived. We will never again as a species sell as many petrol-powered cars as we did in 2018 and that is going to accelerate.

Cities can get involved with the clean energy revolution right now. All of our cars and our buses and our trains and our trams will not only be electric, they’re also going to be charged with cognitive code, that technology is a layer of everything. In the next economy our buses, our cars, our trains, will be driven by cognitive code, without human drivers. Without people that text behind the wheel or that get tired after a big night out. Think about what that means for second. A major reduction in the 1.2 million vehicle deaths that are cause by human beings every year! It means more roads on the highway. It means more lanes. It means more parking spaces in our city. Most importantly, it means more access for the vulnerable people in our society as our transport costs come down. It means more access for the elderly, for people with disability. Eventually, it means that we get an entirely new kind of city.

In summary…the magic in human progress…

So, let me see if I can wrap this up. I came here today to talk to you about the shape of this next economy. Now that you know what it looks like you’ll see its green shoots everywhere around you. What I would encourage you or ask you to think about is instead of having to fight the old reality, can we concentrate our efforts and energy as the next generation of leaders, on creating the new model that makes the existing model obsolete. It’s a new model that’s based around digital and code. Technology that augments our capabilities and doesn’t replace us. It’s based on new forms of energy that come from the sun, from the wind, from renewable resources and not finite and fixed ones. It’s one where we start to think creatively and expansively about the environment that we put ourselves in and say, can we design for a world which allows for human thriving? Can we be the generation that allows that world to come into being? In order to pull this off we’re going to need everyone. We’re going to need all the doctors and the nurses and the researchers. We’re going to need the tradies, the technicians and the librarians and lecturers. We’re going to need financiers to fund the energy projects to turn on the lights. We’re going to need rope instructors to teach the wind farmers how to reach new heights.

And in all of this, remember technology is not unnatural, it’s not something outside of us, we’re just apes that got lost between the forest and the river and we accidently invented antibiotics and nuclear weapons and now we’re sort of sitting in all of it. We need to remember technology has always been an intimate part of the story of human evolution. People without technology aren’t magically pure, they’re just cold and unvaccinated and wet. It’s always been an intimate part of the story of evolution, it’s a tool that we use to overcome our challenges. That’s where we’re going in the future.

Our mission is simple. We promote and enhance the professionalism, capability and integrity of public administration and pride in service.

Becoming a member of IPAA Queensland demonstrates your personal commitment and contribution to public purpose work and offers you exclusive development and networking opportunities. To read more articles like this, check out our blog, or join today and access the full back catalogue of IPAA Queensland events.